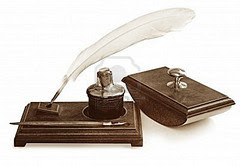 Poetry is something that is often badly taught or at least badly introduced when we are in high school by teachers who are not really passionate about such writing, and who use sterile and impersonal teachers’ editions that can reduce any writing to mere mechanics through questions that offer only expectations of correct or incorrect responses as though in a math class.

The magic of poetry is that it is not just an intellectual experience but a sensory one and also one that defies definition or categorization.  Poetry is the most distilled form of language that we have, because the words on the page become so much more in combination than they can be individually.  The words together have ripples of meaning that spread as if from a stone being dropped into a pond, the waves traveling outward until they reach some kind of shore.  The words become empowered by the reader’s experience coupled with that of the poet.  Marcel Proust once described a little Asian game of dropping tightly folded pieces of colored rice paper into a large bowl of water and then watching the papers open as they absorbed the liquid and became fanciful shapes that the observers could describe in terms of their own imaginations.  Poetry is like that, because it is language that is so concentrated, that it opens like some fantastic flower in the reader’s mind.

Teenagers sometimes write love poems (which they pronounce POMES) they feel must rhyme and also flow like pancake syrup.  I don’t know where along the way this happens (libido?), but I find that younger children are often much better poets, because they have not yet been initiated into common expectations to which the rest of us cling so tightly .  Finding one’s true voice is perhaps too rare an accomplishment in a world in which we are bombarded daily by media voices telling us what is beautiful, what is not, what to buy, what to think, and who to be.  Poetry with all other creative writing helps us to find our way a little better through what Rupert Brooke called, “The pain, the calm, and the astonishment, desire, illimitable.”

There is a little poem by a six-year old English girl:

The sky was black slate,
The stars were three-penny bits,
And the sea made a sound like a silk dress. 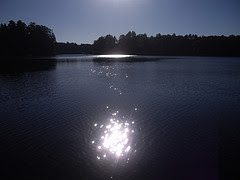 That little verse shows someone observant of the physical world, in touch with her senses.  Her poem is the real thing.  Perhaps the beginning of all creative writing is that we see old things in new and different ways, and that fresh view of the world is what writers try, at least subconsciously, to recapture.  Children already have the capacity to see the world freshly, but that capacity is somehow generally lost or dulled along the way.  Developing whatever gifts writers have means to some extent finding again that ability to see the significances of everyday things.

There are no wasted words in poetry, no words that are not absolutely needed.  There is also the need for the words to sound “right.”  Sound is as important as meaning, because poetry is a kind of music. If one is writing about the pain of saying goodbye, he doesn’t depend just upon the literal combinations of words by saying merely, “Goodbyes are sad.”  He uses metaphorical language to express what that pain may be like in terms the reader can feel more powerfully. He may use a simile to say, “Goodbyes are like kitchen smoke after a burnt dinner,” or “Goodbyes are the last bubbles of Champagne going flat.”  The abstraction of emotion is then tied to the physical world of experience that we can share with immediacy.  Children are especially good at this immediacy.

I now leave the reader with a poem of mine about what it’s like to feel alone.

The world is an airport
of hearts that have taken flight
on invisible journeys
made alone
over countless runways.

To meet, even in the same room,
hearts sometimes travel
prairies, glaciers, tundras and jungles,
living, when injured,
on cocktails and peanuts along the way.

until tonight,
when the phone is silent,
windows sweat messages
in trickles of rain,
and outside
umbrellas open,
like wings.